Between the puzzle games There are some more elegant than others. And some are frantic and fast. And others have both qualities. So is Symmetrya.

At first we might think that puzzle games are relaxing and quiet, designed to play when we have a lot of time, we can think and maybe enjoy a cup of tea.

Symmetrya is not such a game. Yes, it is puzzle, but at the same time it will make us very nervous to have a limited time to finish each screen so better than with a tea we will enjoy it with a coffee or an energy drink.

This proposal comes from Platonic Games, a small Spanish studio that also created Kawaii Jump, another game we talked about a few days ago.

All the aesthetics the game conveys serenity, colors, minimalist lines and also music. Then comes the second counter and all that parsimony jumps through the air.

The idea is simple but not boring: we will have to replicate a square pattern that appears on the screen so that we get the same drawing before we run out of time. 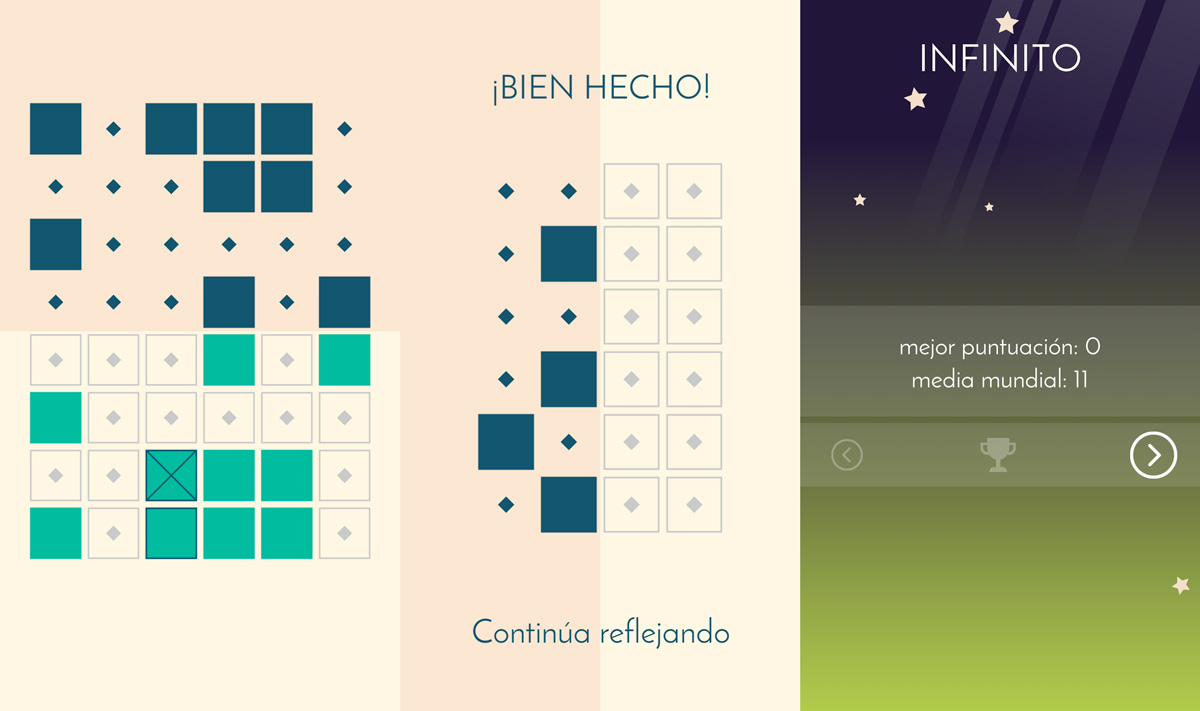 Little by little we will move forward and finish phases and when many terminals we will finish one of the constellations, which is the way chosen to group screens.

As we move forward there are new elements as pieces that change some of our keystrokes or a second timer that reorders the original drawing so we will have to adapt again by varying what we were doing.

Multiplayer mode on the same mobile

One of the things we liked the most has been the option of Duel, which allows two players to play on the same screen.

Picking up the cell phone vertically below one player and above the other the screen is divided into three parts. In the central appears the image to replicate and at each end we have the space for each player to imitate it.

It is refreshing to be able to use only one mobile phone to play with someone.

In addition to those two ways of playing there is a third, the infinite way in which we will directly have to overcome the more phases the better, always with the watch on our heels.

We can download Symmetria for free and after finishing some phases we will see ads, nothing invasive but notorious. However we always have the opportunity to pay the 2.99 euros of the PRO version and unlock all phases and remove the advertising.