Yo-kai land on Android with a puzzle game that will delight video game fans and those who don't: join the Wib Wob of the same color and win.

Yo-kai do their thing on Nintendo's portable console, anime, manga and now also on Android phones. Yes, as you read: we have a game of Yo-kai for smartphones with which you will enjoy Jibanyan, Komasan and other characters that have become tremendously popular.

The game is based on the typical mechanism of joining objects or characters of the same color: the more "balls" you get much better since the greater the Wib Wob will be done and the more damage you will do to the Yo-kai. Draw a line and beat the screens: fun is guaranteed. And in-app purchases, of course. 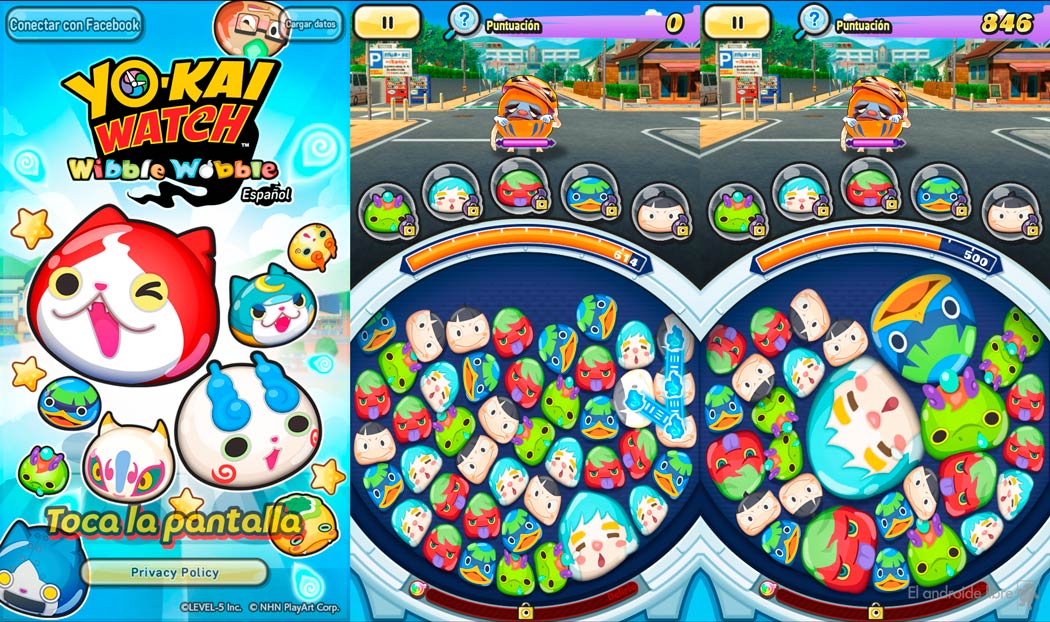 The games directly or indirectly related to Nintendo continue to land in our operating system, to the joy of those who enjoy their mythical characters. Yo-kai Watch is a very popular game on the Nintendo 3Ds with a search and collection mechanic that reminds us of Pokémon. Although it loses all that style in its passage to Android to become a simple puzzle game. The "simple" goes in quotes.

Each screen has a circular board with Wib Wobs crammed and moving to hinder color linking. Each screen will have a different Yo-kai, so, although the mechanics are always the same, there is a good variety so that the game does not become monotonous. 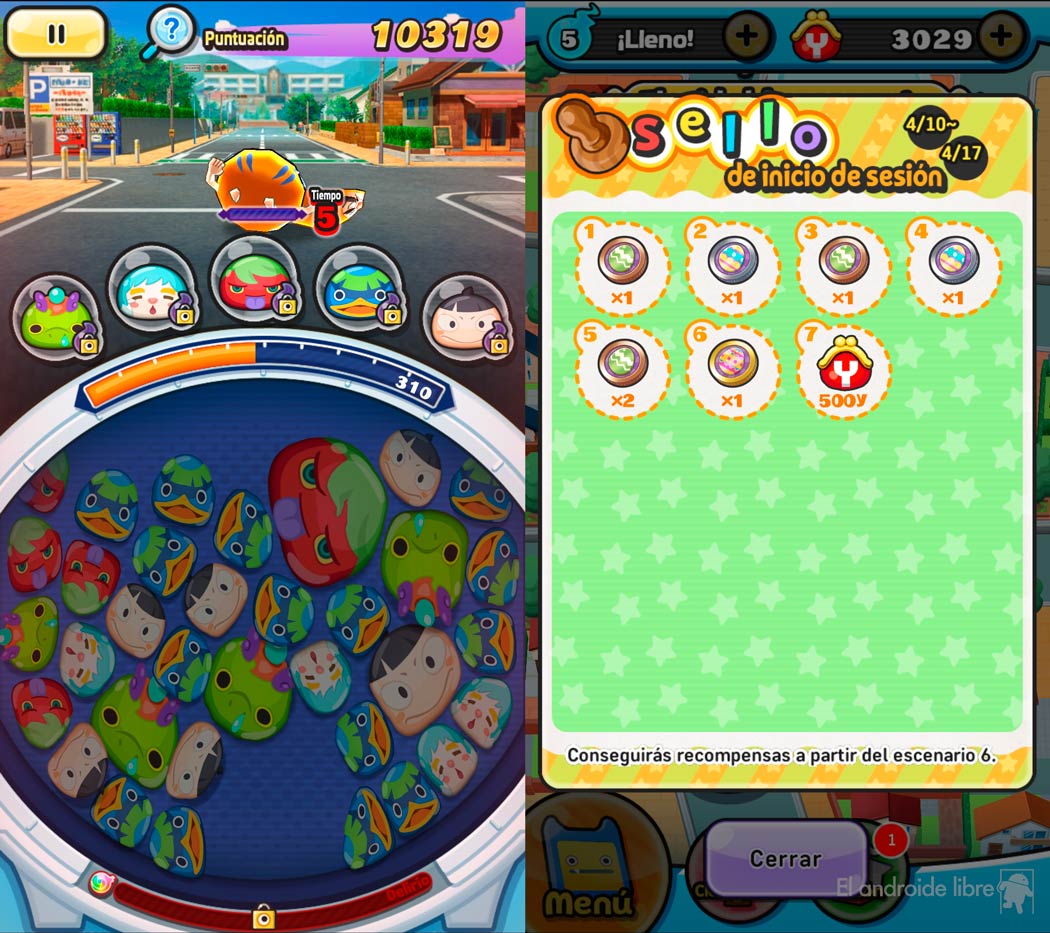 Yo-kai Watch Wibble Wobble, which is the name of the game, keep a certain style with the Puzzle Bobble and bubbles. We will have a map with stops where we will progress based on exceeding levels. Unite bubbles, make them as big as possible and exploit them to get the necessary score to capture the Yo-kai.

The story gets a bit heavy, just like the first download: you'll need enough time to complete the initial data, eye with the mobile rate. The game is super fun: we recommend it 100%. It has no ads, it has a lot of achievements to unlock, it offers the original characters and … also limited lives (5) and currency of the game that is achieved by winning or going through the box.

The experience with this game has been very positive. It is worth the download even though it delves into the freemium system. Well designed, great quality, good graphics without requiring a powerful smartphone … And with the guarantee of Level 5, a developer team that has created jewels like Yo-kai Watch itself or Professor Layton.