Yesterday Google made public the last photography mode they had presented with the Google Pixel 3. The night mode allows us to create shots with a high level of lighting without using the camera flash. Today we know more details about how this technology works and what makes it special. 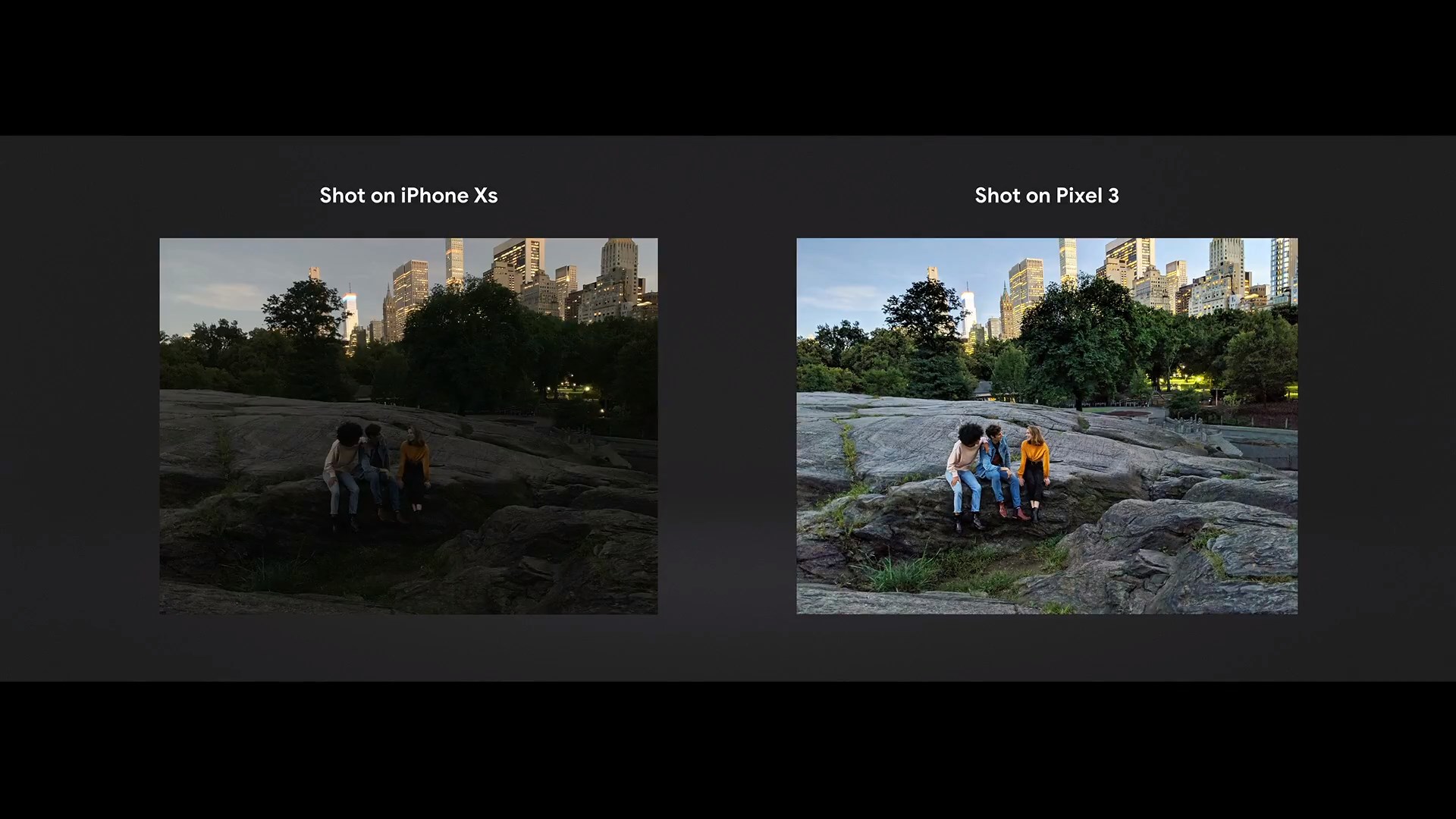 Although the process of taking a picture with our mobile phone is as simple as pressing a button and waiting for the result, the whole process behind that almost instantaneous capture is very complex. Especially in cameras like the Google Pixel, whose result is amazing.

In its Artificial Intelligence blog, Google has detailed how the night mode works that since yesterday is already officially available in all Google Pixel (since the first generation). We tell you the most interesting details of this particular way that has impressed us so much.

The spectacular Night Mode comes to the photos of Pixel 3: we face the Mate 20 Pro

Night Mode for photos or Night Shift has already reached the Pixel 3 and Pixel 3 XL. We tested it and compared with the night mode of the Huawei Mate 20 Pro.

How much can you see the camera of a mobile

The table you can see above indicates several levels of visibility, measured in lumens per square meter (lux). This table serves as a reference when taking a picture to find out how much light there is in the environment.

At a rate of 30 lux, the camera of a conventional smartphone begins to suffer. Google says that mobiles that use technologies such as its HDR + are capable of obtaining acceptable photographs up to 3 lux lighting. The main challenge of night sight is to be able to take shots of up to 0.3 lux.

And how much light is that? Imagine you drop your keys on the floor and you can't see them with the naked eye. Well, that level of lighting is what Google aspires for its Pixel to take decent pictures.

Google, and the ability to improve photography by taking a large volume of captures

If we had to summarize the best Google weapon to improve photography in an expression, the answer would be «Take many pictures and mix them«. So it was in its HDR + mode, and also in its super res zoom. Google uses the same technique again, but with different results.

To improve photography, the Pixel camera usually takes between 9 and 15 images per second. The camera continuously captures from the moment we start it until we press the button, allowing the eyes to be taken at the same moment we pressed, when the secret is that those images had been taken previously.

This amazing technology has a limit for night mode, and is that when taking so many images per second, the HDR + mode forces a limit to the exposure of the camera. The exposure level is what allows to improve visibility in low light conditions, so to create the night mode, Google has decided to use its technology in reverse.

In night mode, the camera does not take pictures until we press the button. Depending on the level of stabilization detected by the mobile, you will adjust an exposure level with which you can take between 9 and 15 shots. Being more exposure shots, the time it takes to make a shot will vary. Then, you will combine those long exposure shots to create a spectacular photograph.

Google has detailed in its blog how the impressive technology works behind the sper zoom of Google Pixel 3.

The great challenges of creating a professional photograph in seconds

To figure out the ideal white balance is one of the biggest challenges of this photography mode.

Finally, Google has made a great investment in Machine Learning. The main challenges of this Artificial Intelligence are in compensating the white balance of a scene with very little light, as well as figuring out which are the correct light tones.

A version of the Pixel camera is now available with the new night photography mode. We have tried it and it has amazed us.

this is what we expect

Unboxing the Galaxy S10 from the office! – Video

When a game does not work, it is most likely to be the fault of the mobile

The Xiaomi Mi 10 Pro is certified in China and Europe; will arrive in February »ERdC

Use the hidden screen recorder on your Google Pixel