When Google bought Waze, many thought that would be the death of the popular but unique user community. It has not been so, at least for the moment, but this does not take away so that the company continues adding some of the most useful functions of that service to Google Maps, its most important navigation app.

A few days ago we told you that the application was already showing all users (although the deployment has not yet been completed) the location of fixed speed radars in many countries, among which was Spain.

Now the app is updated again allowing us to notify from the interface of it of the places where we have seen an incident on the road. 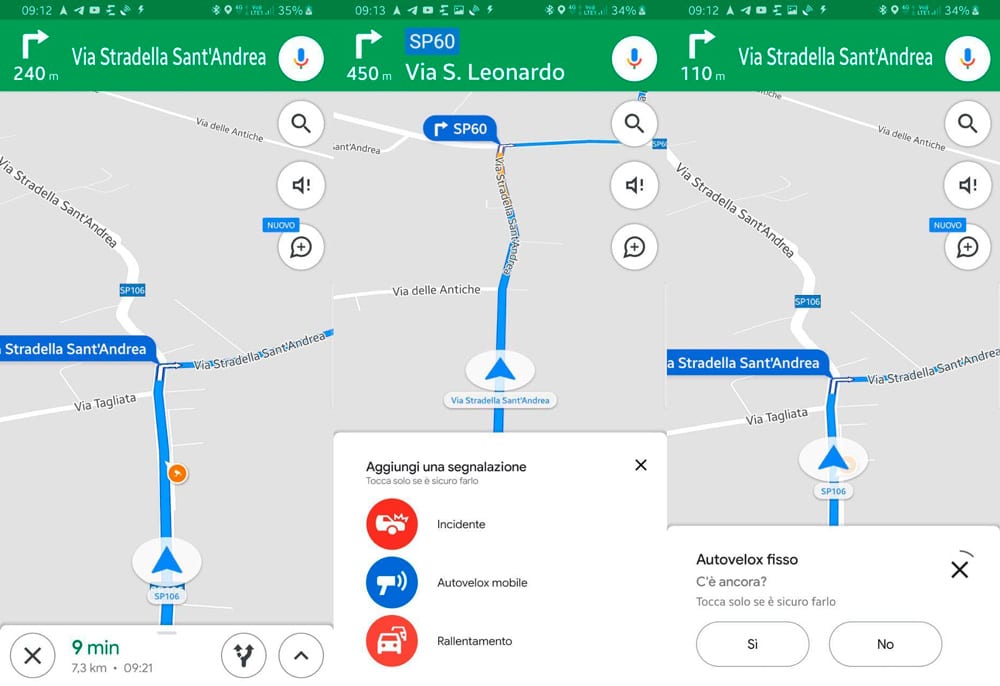 The novelty in this case is not seen in the main section of the application, but on the screen that appears when we start a car navigation. Under the volume and search buttons, a new one appears with an icon similar to Waze.

There we can press to notify the system that there is one of these three elements in the area in which we are:

When we choose one of the options the system ask us for confirmation that we are really facing a traffic jam, accident or radar. If we do not cancel the action the notices will send but we will have a few seconds in case we were wrong to press.

In this way, it will not only be Waze users who warn of the inconveniences we may encounter when traveling, but anyone who uses Google Maps, a much more used app.

This news is starting to arrive in some countries but it is not yet something that all users have activated.