It is not necessary to review the huge amount of casual titles that exist on Android since the list could be almost infinite. Infinity of styles, genres … And a theme that usually prevails above all: that of the puzzles. Is it possible to innovate in this field with a free and quality proposal? Tritap It is an excellent example.

Tritap It is a puzzle game in which we control three balls, hence the first part of its name. The second mentions the touches we will need to control these balls: a screen press and the ball will rush to the bottom. And how do the challenges arise? There will be obstacles in the levels, holes of the same color as the balls in which it will be necessary to score … Tritap It is a puzzle game that seems simple and then gets complicated by challenging your ability.

Tritap: hit the three balls in place taking into account obstacles and physical 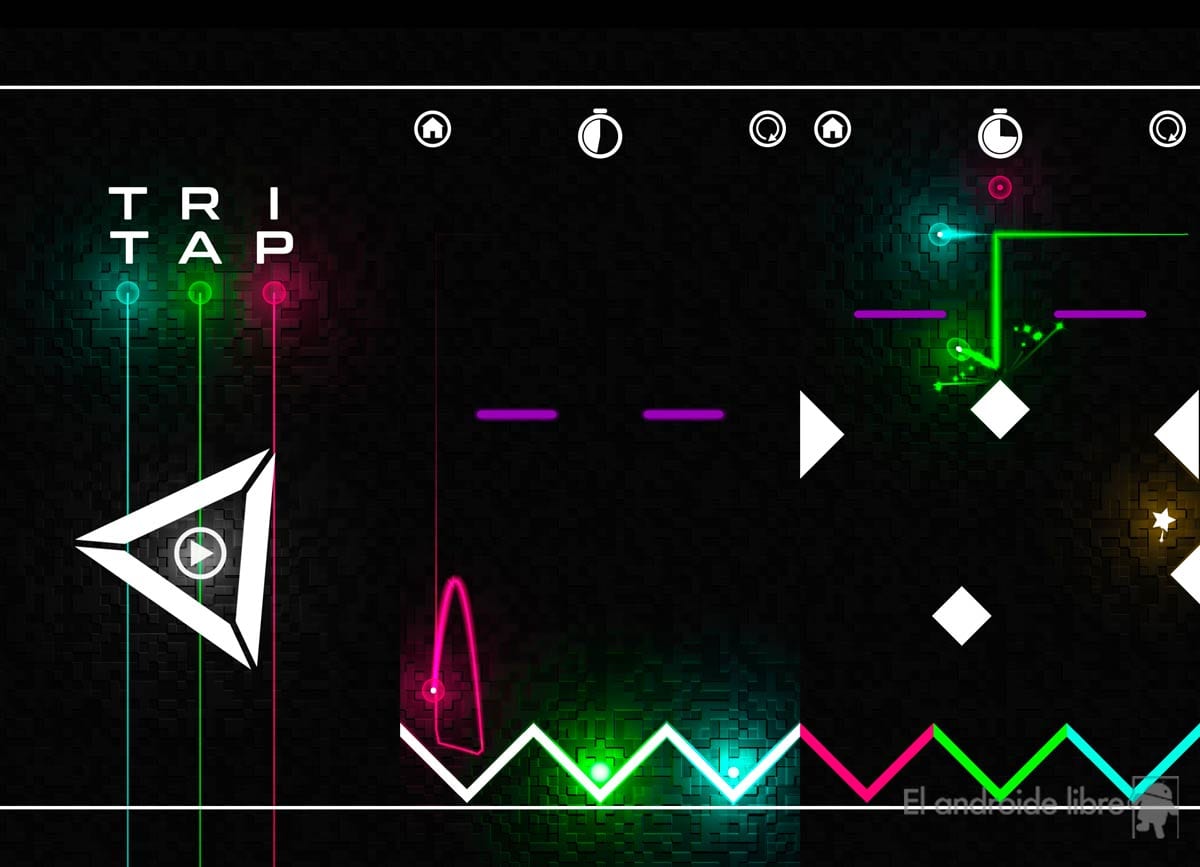 The game we are talking about has a certain air to the typical Japanese machines of Pachinko: balls that fall from the top to land on the bottom after being guided by the obstacles in the center. Roughly Tritap raises the same mechanism; although, as we control each ball separately, we must accurately calculate the drop and rebounds to be deposited in the right place.

As we progress through the levels the game will ask us for certain challenges. At first it will be enough to put each ball in one of its baskets; then the colors will have to marry; obstacles will come where the balls will bounce; and we will suffer different changes in the scenario thereby increasing the difficulty. It seems unbelievable that developers manage to keep up the challenge for a game in which "only" you have to hit balls. 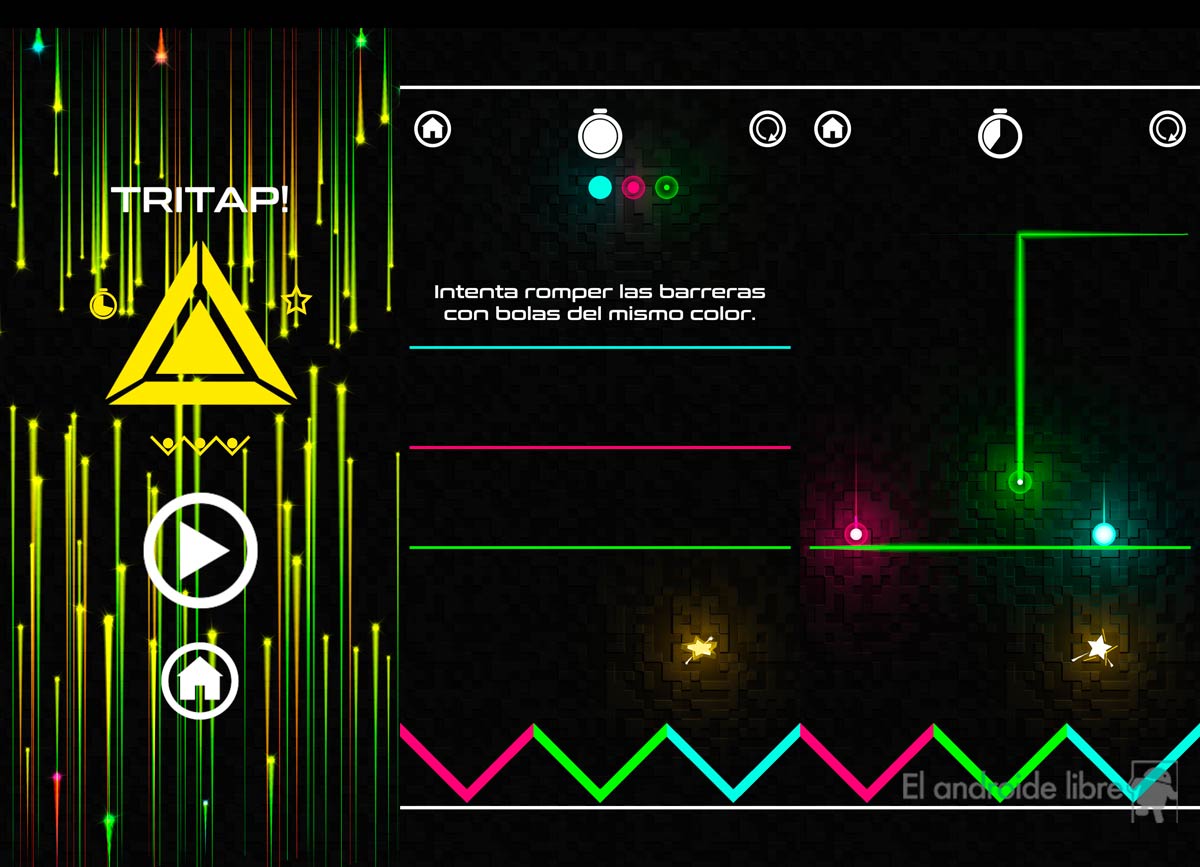 While the mechanics are simple and the puzzles do not clash with the style of play, what really attracts attention are the light effects. Each ball has a different color (red, green and blue, RGB). When falling and bouncing the balls create trails and light impacts that enhance the gaming experience. Music accompanies with its psychedelic rhythm expanding the futuristic aspect of Tritap.

A free game of Spanish developers

Tritap It is available in the Google Play Store for free. Of course, it has ads within the game that jump in level restarts and also when we advance the screen. It is created by Astro Raiders, a Spanish developer company based in Barcelona. And it has a payment option that can be yours for 1.99 euros (as a separate app and as a purchase within the free game).