There are times when you do not feel like picking up a complicated game or starting a new one and having to fight with the tutorials, menus full of options, mechanics … No, sometimes you just want to open a game, have fun for a few minutes and enough For those moments we have chosen Popular Wars, a title of a developer accustomed to the "casual".

Popular Wars It is a multiplayer game that is inspired by the ".io", this type of massive online titles where you compete to make the balls or the biggest worms (phrase lacking in double meaning). In the case of Popular Wars, the app that occupies us, we will handle a character that must become large based on adding followers. Or what is the same: become the most famous by attracting as many people as possible.

Popular Wars, absorbs the most people in two minutes of time 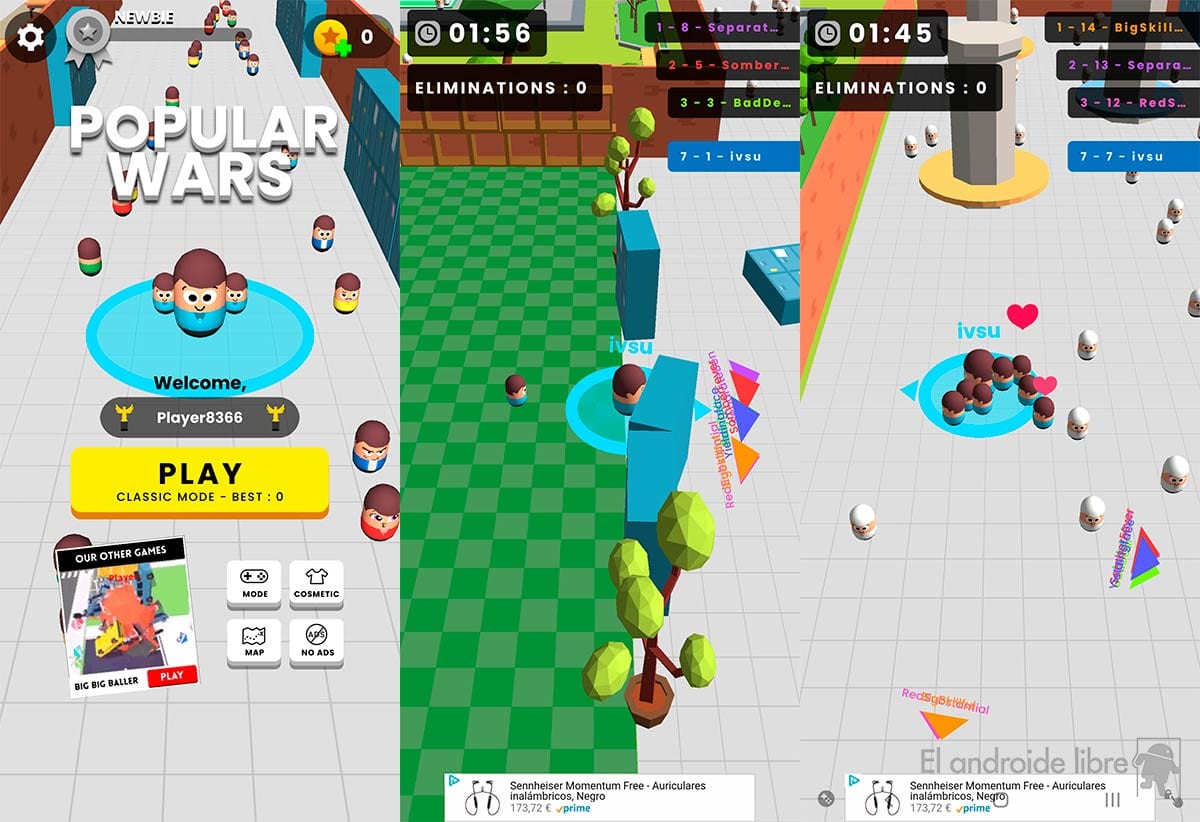 As we said at the beginning, this game poses fast games, without complications and without waiting: just open it, click on "Play" and dive into the game board to compete with four other players with whom we will share the level (we can also play alone ). The rest is as basic as go around the screen absorbing people and, if we are bigger than the opponents, bump into them to steal their popularity. 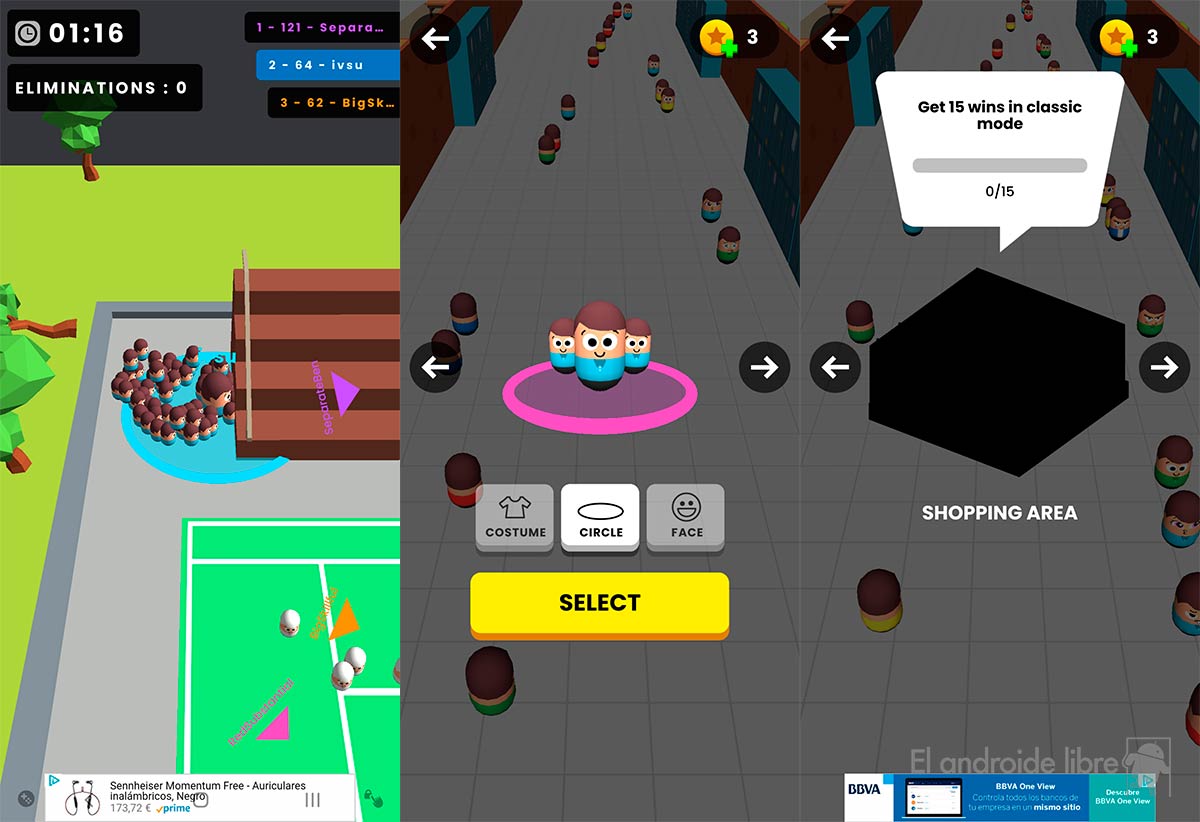 In Popular Wars We will be chaining games in order to be the winners and win coins. It is a freemium game, you can imagine what this means: free download, ads (a lower banner and full screen videos) and an in-app purchase to dispense with advertising. And with the coins we can buy from new colored suits for the absorption circle; or new levels.

Although games of this type are already more than invented, the truth is that Popular Wars It not only hooks, it is also very fun. In addition, it dispenses with strange permissions since it only asks for access to storage (and can be played without giving it). It is varied, competitive and the games are short, so you don't have to spend much time. Of course, gaining experience is not so simple, it takes many games to achieve it.

You want to try Popular Wars? No problem: you have it at your fingertips in the Google Play Store.