Xiaomi has announced a new laptop, updating its line My Notebook. It's about the New Xiaomi Mi Notebook 2019 with 15.6 inch of screen. Among its improvements over its predecessor we will find a 8th generation Intel i5 processor. This is accompanied by an integrated GPU NVIDIA MX110 2GB of memory Meanwhile memory RAM of the new laptop reaches 8GB. Its starting price in China is 4,299 yuan, which is equivalent to around 640 dollars or 570 euros. Considering its characteristics and price, it is one of the best products on the market in value for money. Be available from April 9

The screen of 15.6 inch It has a Full HD resolution of 1080p. If I design, the cleaning and minimalism line continues and is characteristic of this manufacturer's product line. Its cover is metal in dark gray and its thickness is only 19.9mm. As for multimedia, it offers compatibility with sound technology Dolby Sorround. This will take advantage of their two speakers with a 3W power and an effective volume of 12cc. The above results in up to 6 times higher than what is offered in the Mi Notebook Air 13.3. Its volume is also high by about 5db compared to the mentioned model. 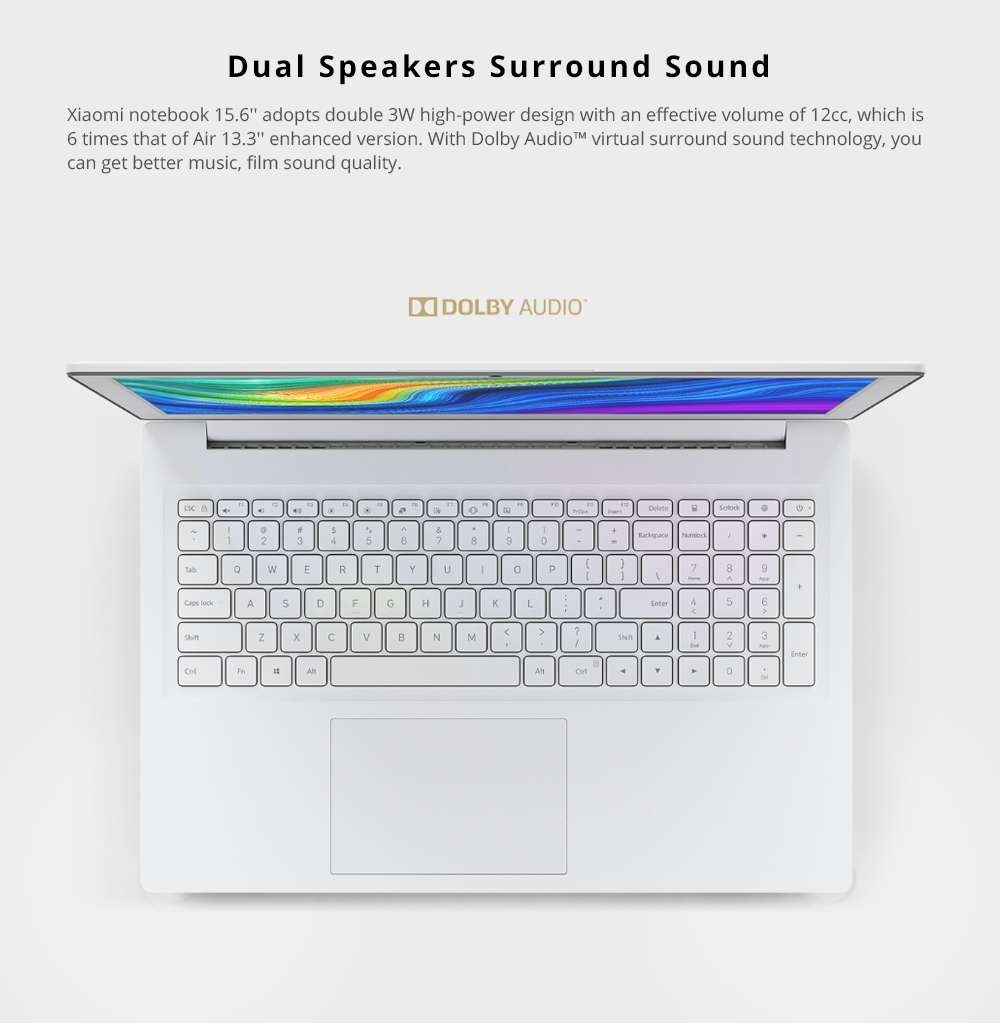 Includes an independent digital number pad and a touchpad It occupies a wide area of ​​5.9 inches. This touchpad offers multi-touch support and gesture execution to perform special actions quickly.

The RAM which accompanies the eighth generation Intel i5 processor is DDR4 at 2400MHz. It can be expanded up to 32GB through dual ports. As to internal storage it has variants of 256GB and 512GB via SSD. This last version costs in China 4,899 yuan, which is equivalent to around 730 dollars or 650 euros. The existence of a hybrid model with 128GB SSD + 1TB HDD was mentioned but no information on its price or release date was revealed.

We see that it is a balanced and complete notebook, being Compatible with 7 connectivity interfaces. The above includes a 3-in-1 card reader, two USB 3.0 ports, a USB 2.0 port, Gigabit Ethernet port, HDMI port and 3.5mm headphone jack. It uses a dual ventilation system with two fans and two air vents, in addition to a design with 2 + 2 heat pipes.

ARTICLES RELATED TO THIS PUBLICATION